With apologies for the length - in the last 36 hours I’ve enjoyed the company of a DCT AT. I’ve never ridden a DCT bike before so was looking forward to testing it to see if this technology was going to be for me or whether I would prefer what I’ve ridden for the last 35 years. There’s also been a lot of commentary about the (lack of) power of the AT compared to bigger bikes, and also if the AT is suitable for slab running. 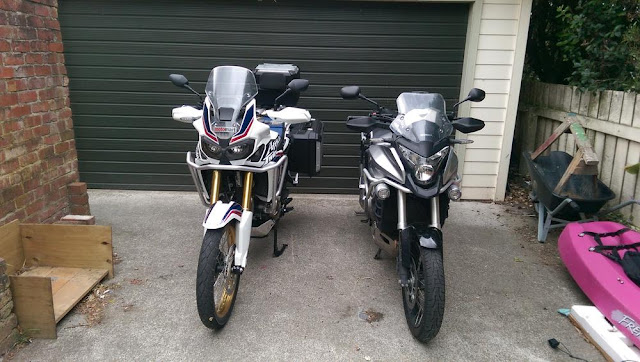 It was with these thoughts in my mind when I threw my leg over the AT for the first time that had me in two minds. So much expectation, so much promise – would I be disappointed? After all, this bike has been discussed ad nauseam for over three years on this forum and I’ve been in the thick of those discussion for much of the time. So having put several hundred kilometres on the bike in a mixture of urban, motorway, hilly routes and gravel I’ve now got some experience under my belt. Sadly I gave the bike back a couple of hours ago.

I currently ride a VFR1200x. In recent times I’ve previously I’ve owned a 2007 Tiger 955i and I rode a KTM 1190 Adventure bike for three months. I also had lent to me a Honda 800x (Crossrunner) for six months. Inevitable I draw comparisons with these bikes as I rode the AT even though some of the bikes are quite different.


At first it was a little weird but I soon forgot about the clutch. I was never once tempted to pull the parking brake lever, given the discussion on this forum it was indelibly etched on my brain that it was not the clutch! I did reach for the gear lever with my foot a couple of times and then consoled myself that I was just stretching my foot (icon). Pulling away from the traffic lights in S1 mode is a breeze. I experimented with D (drive) and the three sports modes S1 – S3. On gravel I used the G button, turned off traction control and ABS to the rear wheel and rode in S1 mode. That combination was magic. For an amateur like me, DCT on non-paved roads (notice I say roads I don’t ride trails) allowed me to concentrate on riding. The geometry of the bike in DCT mode meant I felt so much more confident. The DCT AT on gravel is, in my view stunning. 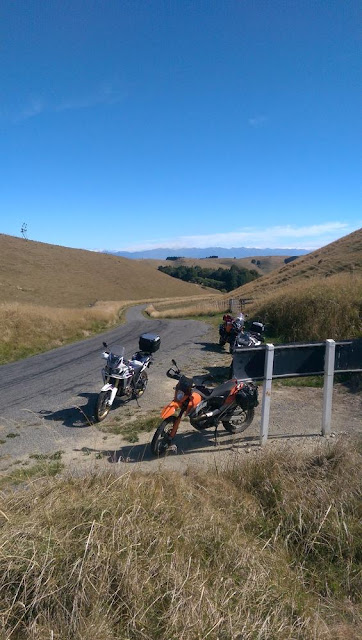 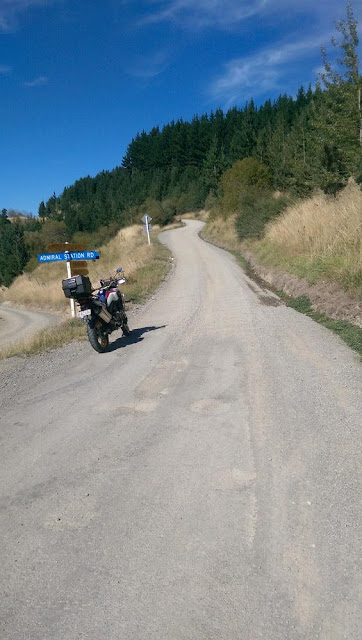 On tarmac I found the D mode hopeless. It was like driving an auto car set to eco mode. I guess it is useful for long stretches of boring slab (which this bike eats for breakfast). I rode the bike in each of the three sports mode. S1 more closely mimics how I normally ride a bike and S3 mimics how I ride the bike when I’m pushing it. The DCT is uncanny. Open the throttle and it behaves as you would expect, close the throttle and it changes down how you hope it would. I was constantly amazed.

Occasionally I needed to use the up and down buttons to manually change gear. The position of the buttons makes this intuitive and very easy.

In short this old codger likes the new technology. I waited until I rode the bike to make up my mind and that is what I encourage those of you who are curious to also do, if you can.


This is one awesome unit. I love the sound out of the exhaust and the motor runs effortlessly. There have been questions about power, but the AT puts out about the same as my old Tiger 955i. It is less than the VFR1200X, but the bike is also lighter. There is no question in my mind that the bike has plenty of get up and go for slab running, all day touring and gravel running. I easily spun the rear wheel on gravel and the motor was very responsive.

Best though, is the dollops of engine breaking. I was expecting the DCT model to need lots of hand brake going downhill, but no the combination of engine braking and the DCT changing gears at the right time worked wonders. I ride over a local hill quite a lot, so this is a good route for me to compare bikes. 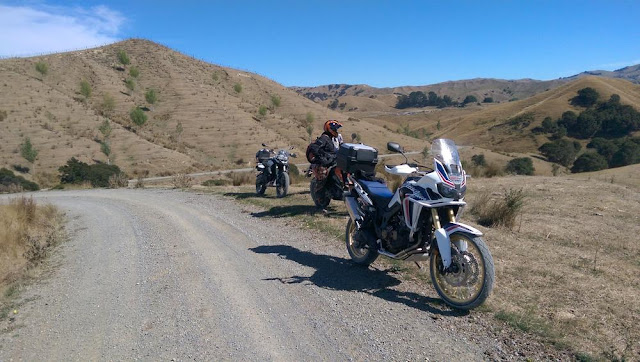 I found the At more to my liking on this hill than the CT, but not quite as good at the VTEC motor in the Crossrunner.

Feel of the AT 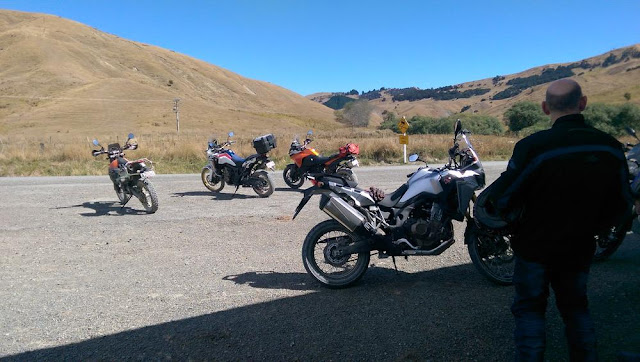 This is one easy bike to ride. It corners very well. Yes the 21 inch front wheel is slightly slower to turn in, but in reality I didn’t notice it was any slower than the CT with its 19 inch front wheel. On the other hand, riding the Crossrunner with its 17 inch wheel is altogether another matter. The AT is no match for that.

The AT is not a canyon carver, but it gets along very comfortably at a good pace than you very much. That it did pleasantly surprised me.

When first riding it I felt a little like I was riding an oversized DR650. But it flet way nicer so I put those thoughts out of my mind. It does feel a little like the KTM1190 Adventure R, but doesn’t have the power of that bike.

I didn’t really notice the weight but then I was coming off a much heavier beast so anything that is lighter feels wonderful.


There’s heap[s of it. I found the bike extremely comfortable to ride and unlike my VFR1200X where the seat is a bit shorter, the AT did not upset my dislocated tail bone. For that alone I would buy the biker!


The bike is really well made, but not so much their aftermarket parts. My advice is buy third party parts. The crash bars don’t look that flash from a mounting perspective. The panniers are nice and light, but slightly wider than the handle bars. That is disappointing.

It is not a perfect bike. The 50/50 setup means some compromises but by jolly it is pretty damn good nevertheless.

Would I buy one – most definitely and it will be the DCT version. But not for a year – I’ve got to pay off the house renovations first. I’ve given the bike back and I’m suffering withdrawal symptoms already. I was not expecting to like this bike as much as I do. I was expecting to like it, but the biked wowed me. However, I’m the first to acknowledge what works for me might not work for you. You need to make up your own mind. 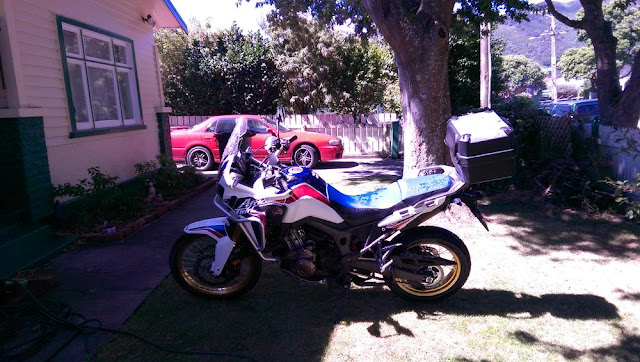