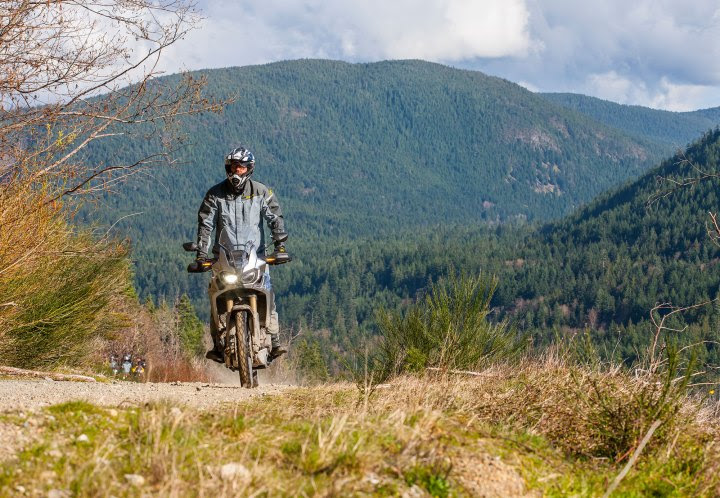 Firstly, DCT is a serious option. Yes, it adds 10 Kg and $1k to the cost, but it works and it liberates the rider to focus on other things. The only issue I had with it was during that cone practice the first morning on pavement. Maneuvering at very slow speed is where I needed to feather a clutch. DCT wasn’t terrible – it didn’t do anything dangerous, it just meant I was more clumsy and less accurate. In real-world riding, I don’t see this as an issue, or at least, it’s so minor as to be irrelevant.

In fact – and I’m surprised I’m saying this – I would wager that 90% of Africa Twin buyers would like the DCT. It takes away a task, but instead of diminishing the experience, it allows you to focus on different things. Don’t be surprised if it becomes normal in the near future, much like ABS is now. It’s a shame it adds 10 kg and a thousand dollars to the price, but I would recommend you consider it.

Talking of which, I wish the weight was less – it disappears at higher speeds but not in tighter stuff. If Honda had managed BMW F800 GS weight figures (which weighs in at 214 Kg, or 18 kg less than the non-DCT AT) then the Africa Twin might have surpassed “great bike” status to become “a game changer”. It has to be just a matter of time before we see a war on weight in the adventure class, since this will increase the bike’s off-road abilities exponentially. Maybe the soon-to-be redesigned 800 GS will be just such a machine?

I know Honda has built the Africa Twin to a price point (and at $13,999 for the non-DCT, it’s a good one), but tubed wheels could be a major pain in the trails. We had a flat on the front that was an easy fix thanks to the 21-inch diameter, but that fat 18-inch rear would be a whole different story.

But I’m quibbling on the fine details. What we have here is a serious contender for your adventure dollars. It’s a very capable bike, similar to BMW’s F800 GS in feel but with a little bit more all round, including weight of course.

If you’re used to bikes like KLRs, DRs or Honda’s XR650, you’ll discover the Africa Twin is an aggressive adventure bike rather than a big dualie. You get a more capable tourer and more smiles on gravel. There’s some loss on more technical off-road stretches thanks to its size and weight, but the capable suspension and good ground clearance will get you through a lot of it. And if you want to chew up distance on asphalt, you get a much more comfortable machine in every way.

Of course, with all the soon-to-arrive models already sold, you may have to wait a while. 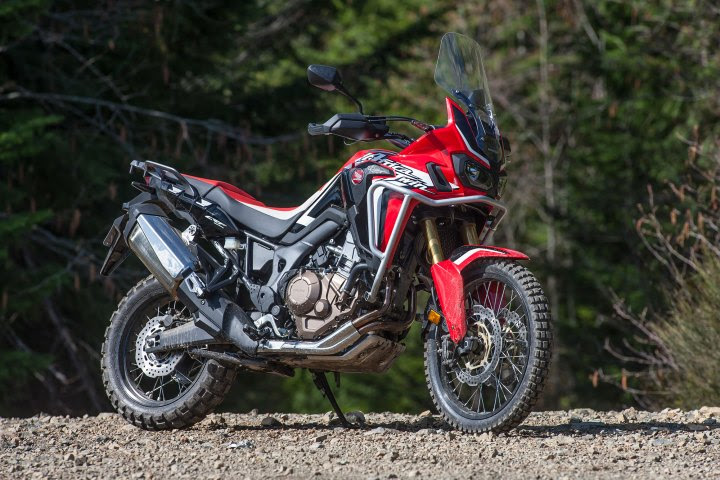